Life on the road is what automobiles were made for, share your road trip stories and pictures here.

A while back I asked for advice regarding snow, as we don't get much here in South Africa (once in 30 years). Anyways I waited as long as I could before going to Lesotho as I was waiting for my Yoko MT's. Well I love them, and the 6 month wait was worth it (japan earthquake delays).

We entered from the South Eastern region through Sani's Pass. 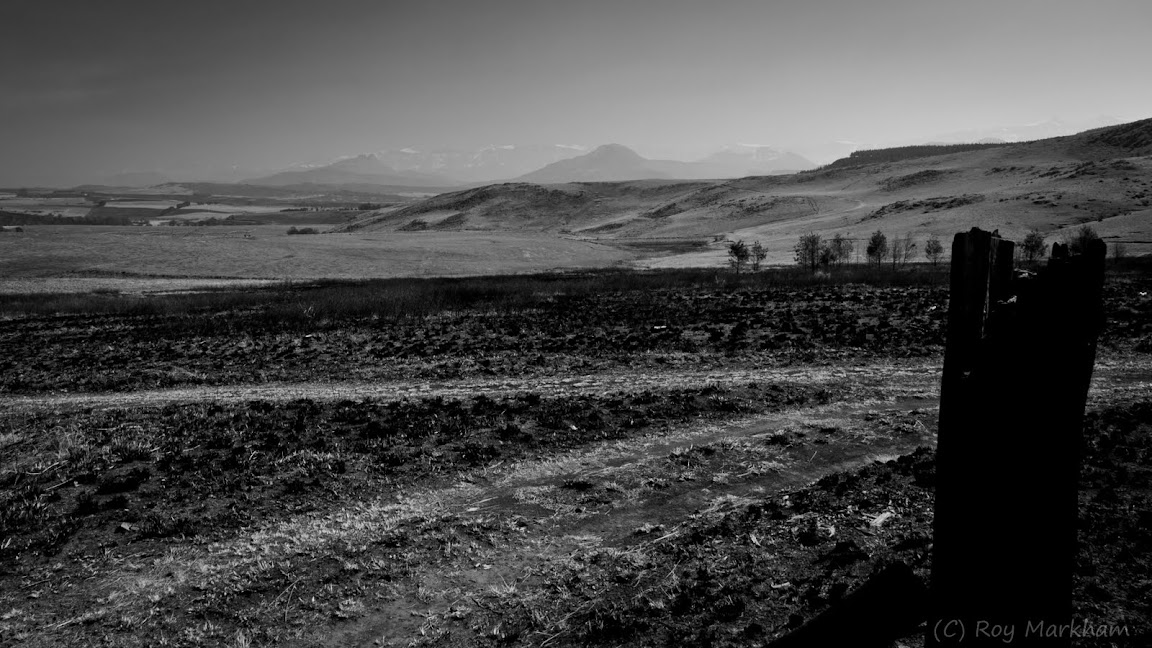 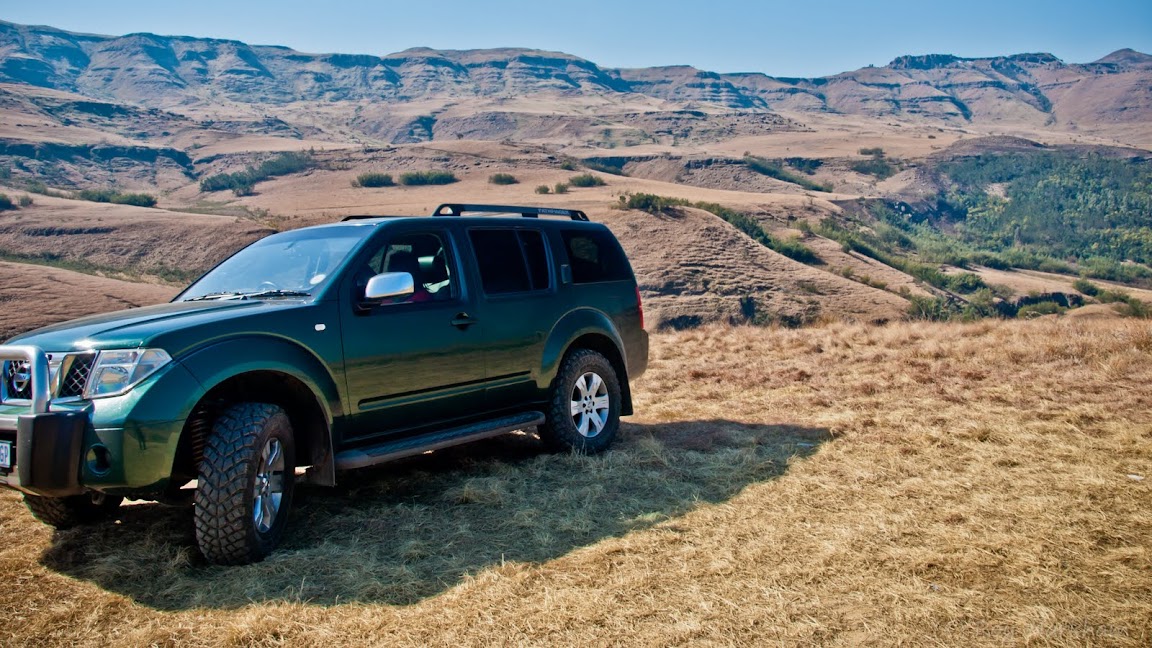 At the border to Lesotho 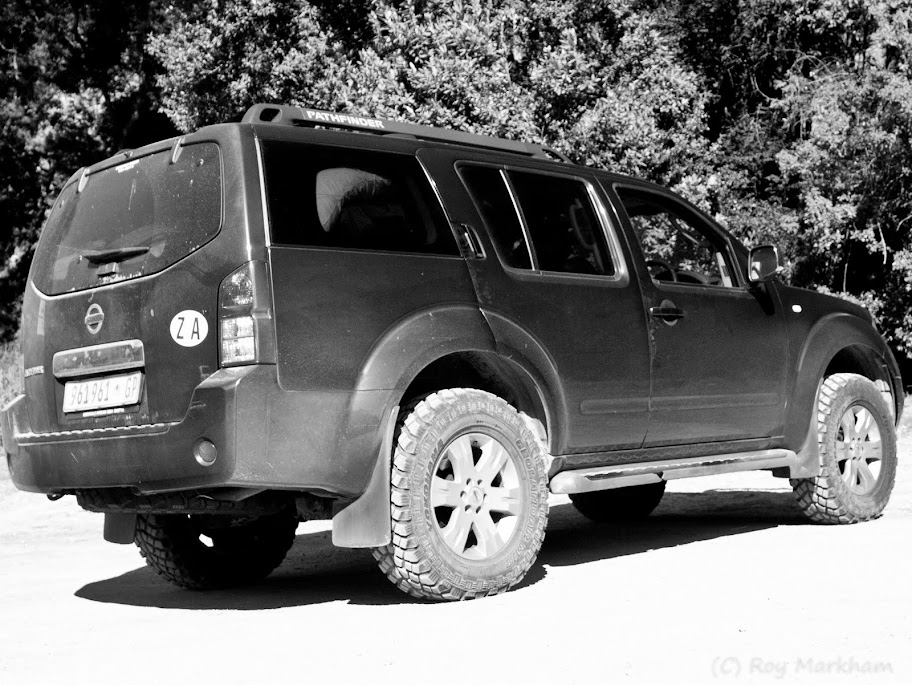 Looking back to South Africa, while going up Sani's Pass. 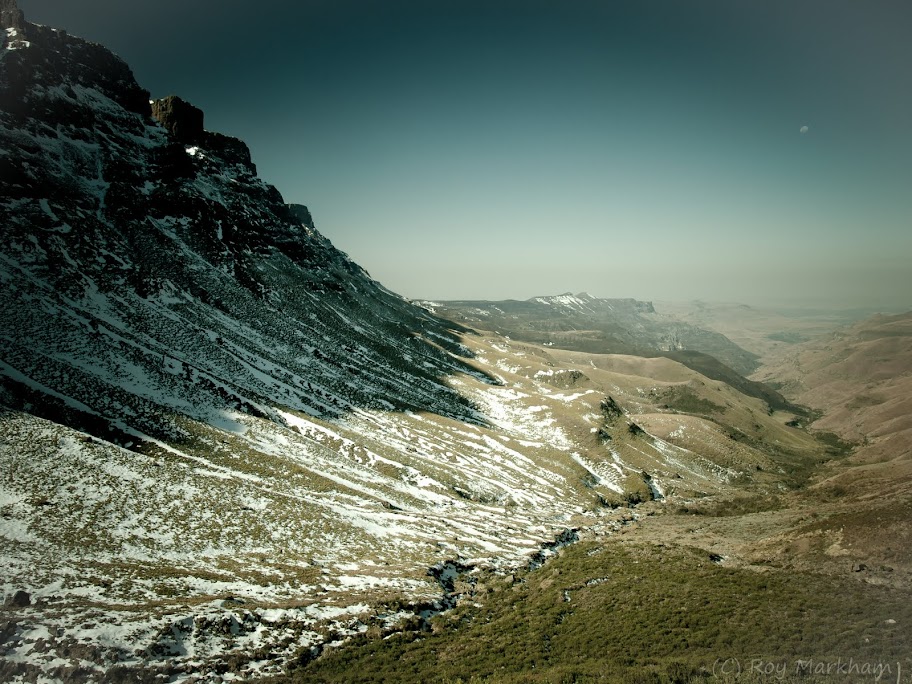 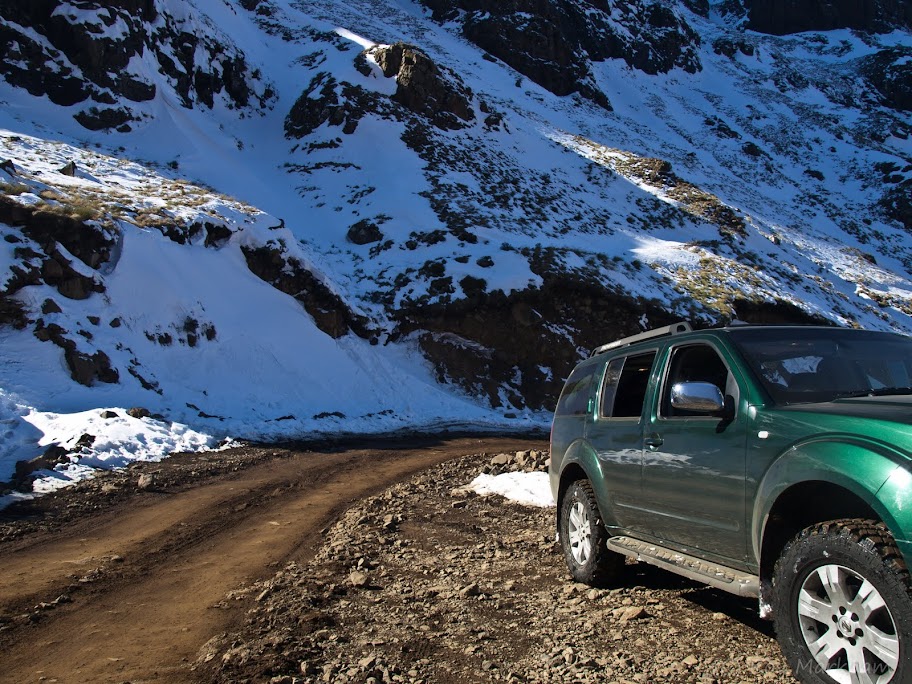 My kid LOVES the overlanding trips. This was my first experience with snow too. 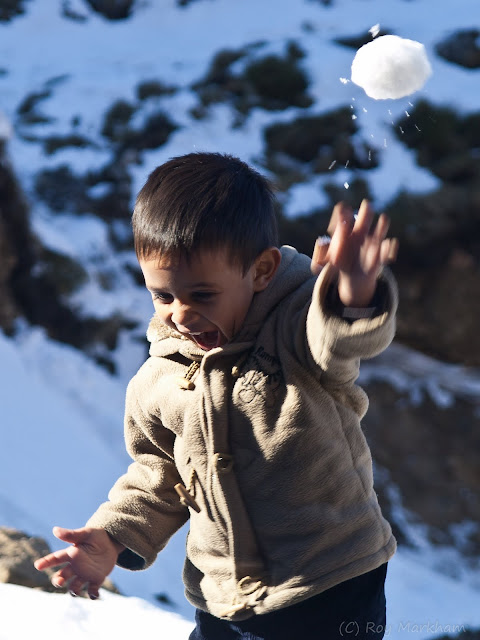 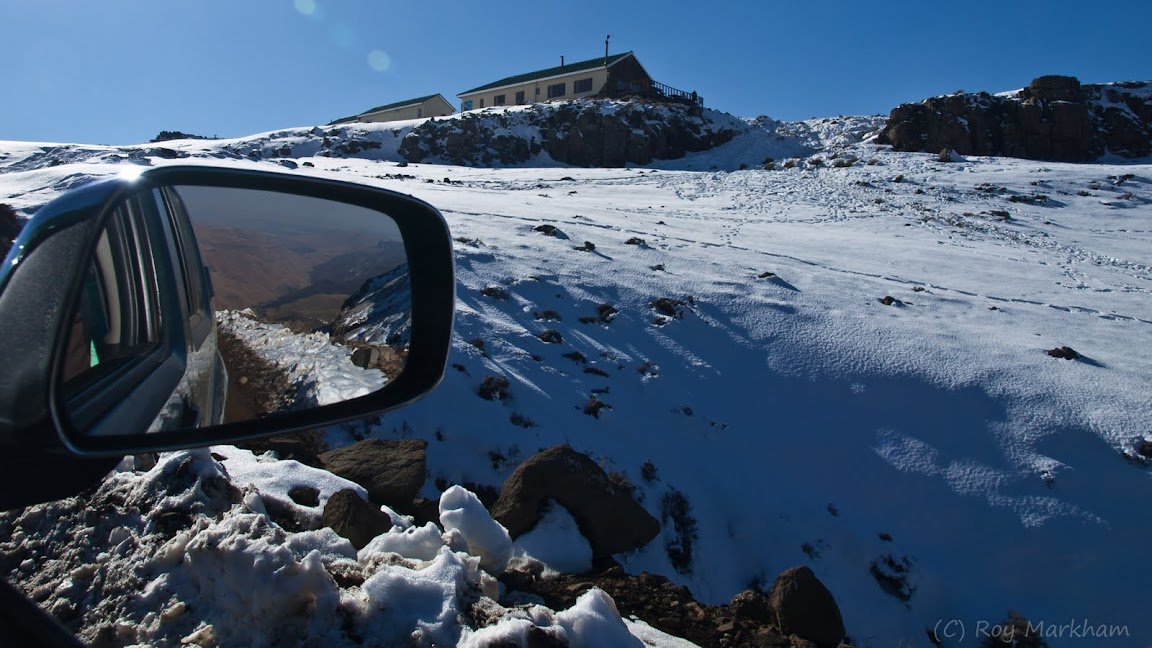 After getting our passports stamped on the Lesotho side, I came out to see the border police throwing snow balls at my mother in law?! I later learnt she started it. The snow was melting and there was mud everywhere.

Later that night it was flippin cold. Me, coming from a avg winter temp of 77F, the next pic was taken around 9pm, the wind was about 25mph and temp was around 3F (-16C). My camera battery which WAS fully charged started flashing low bat 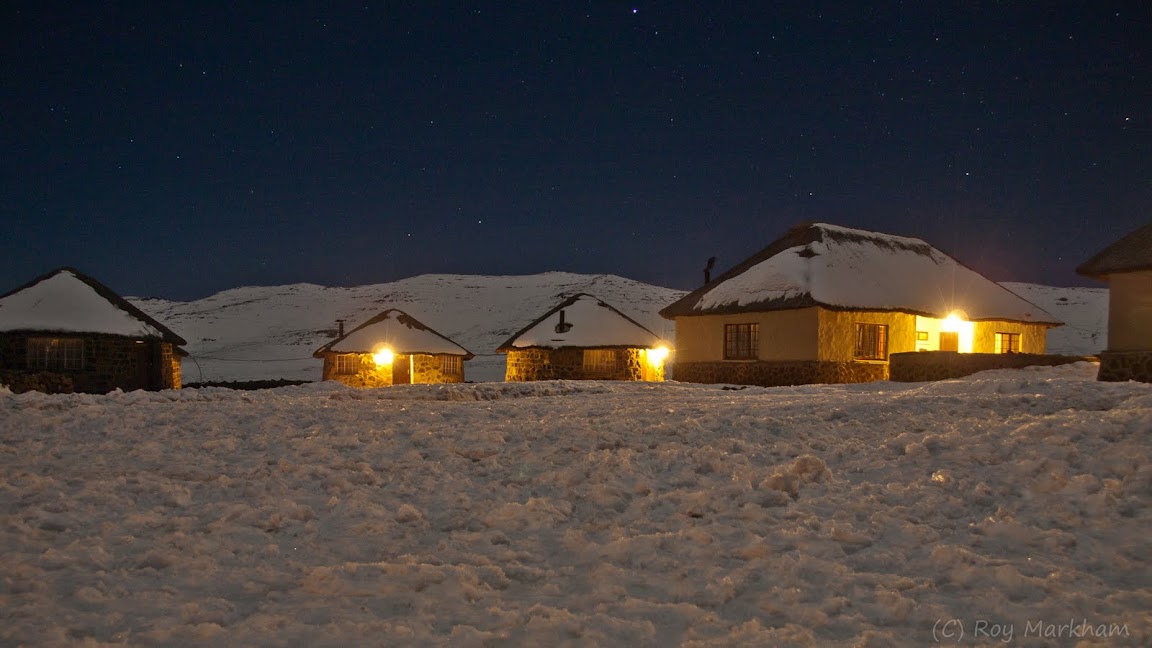 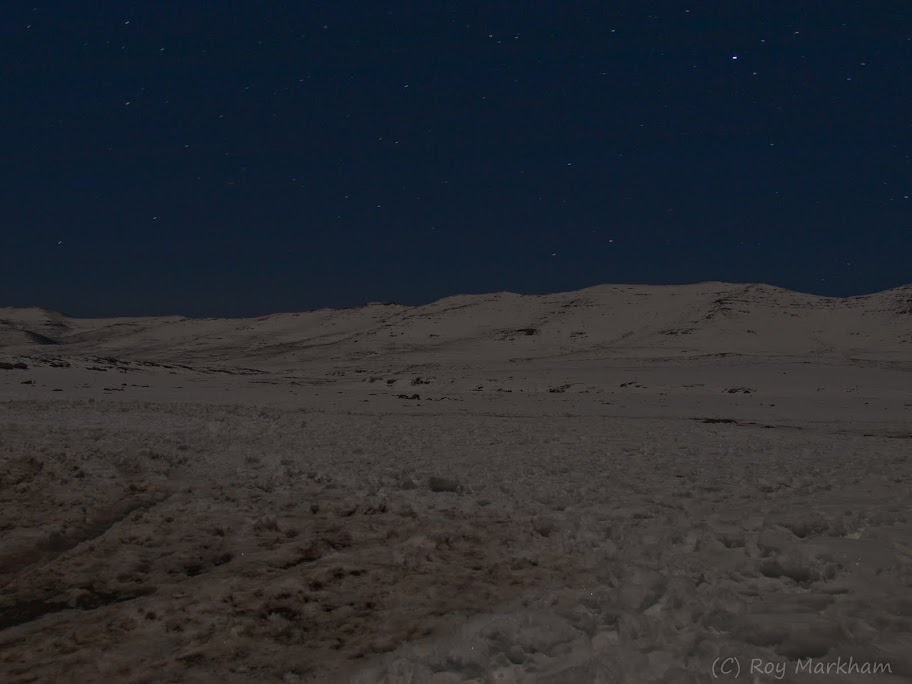 The pass and a broken down Disco 2. 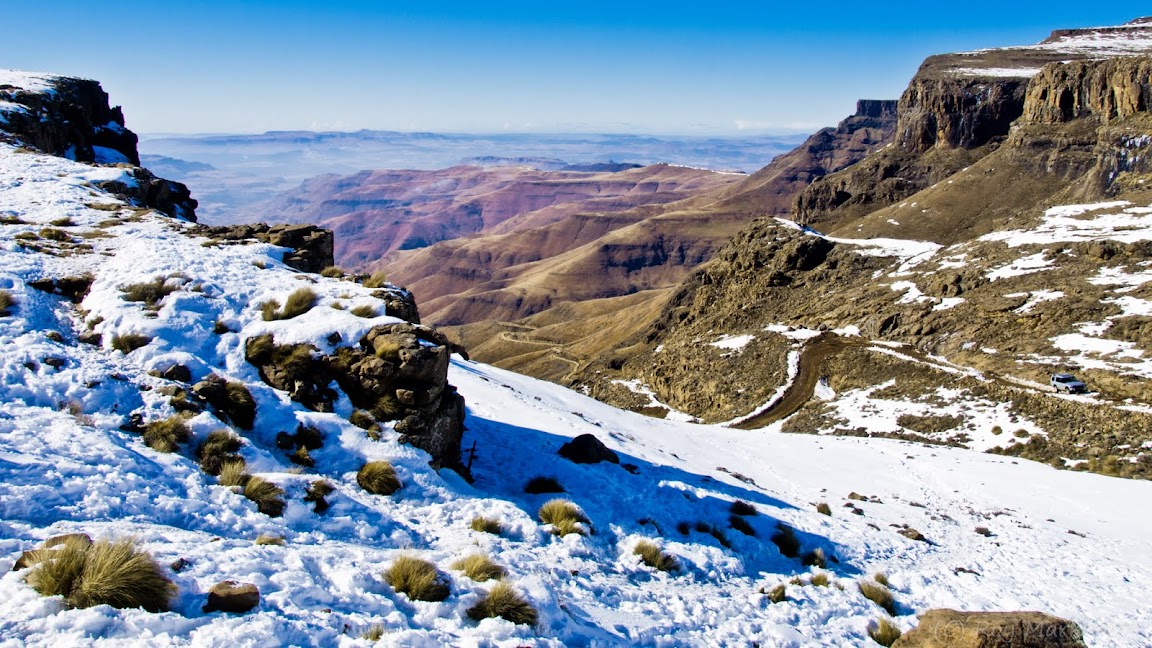 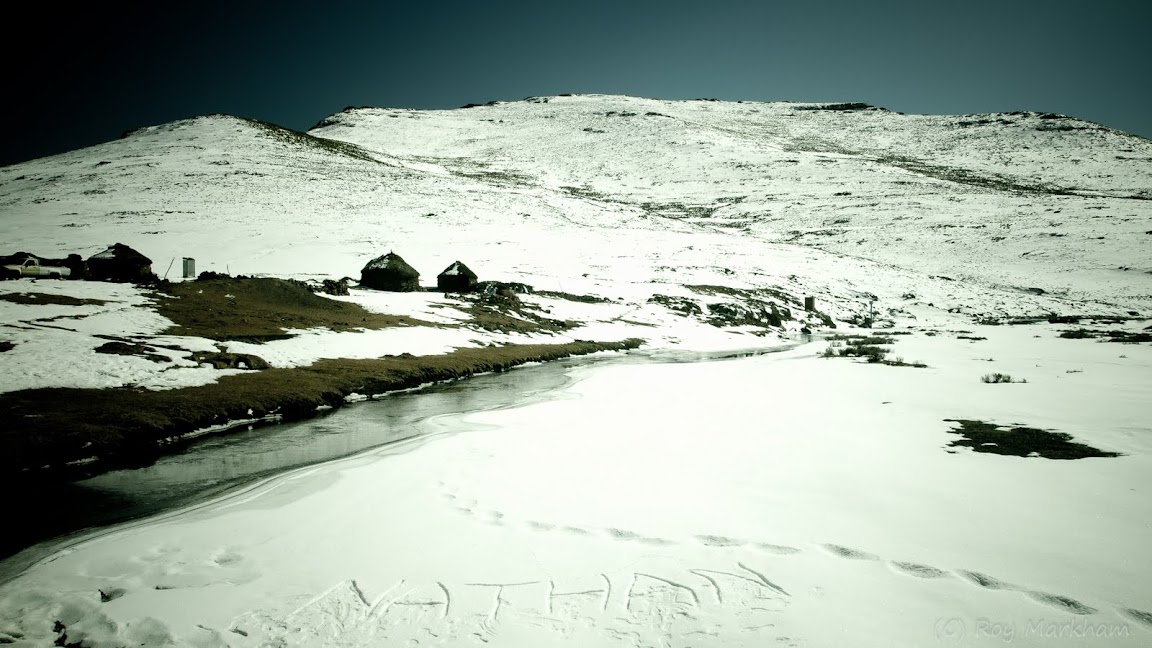 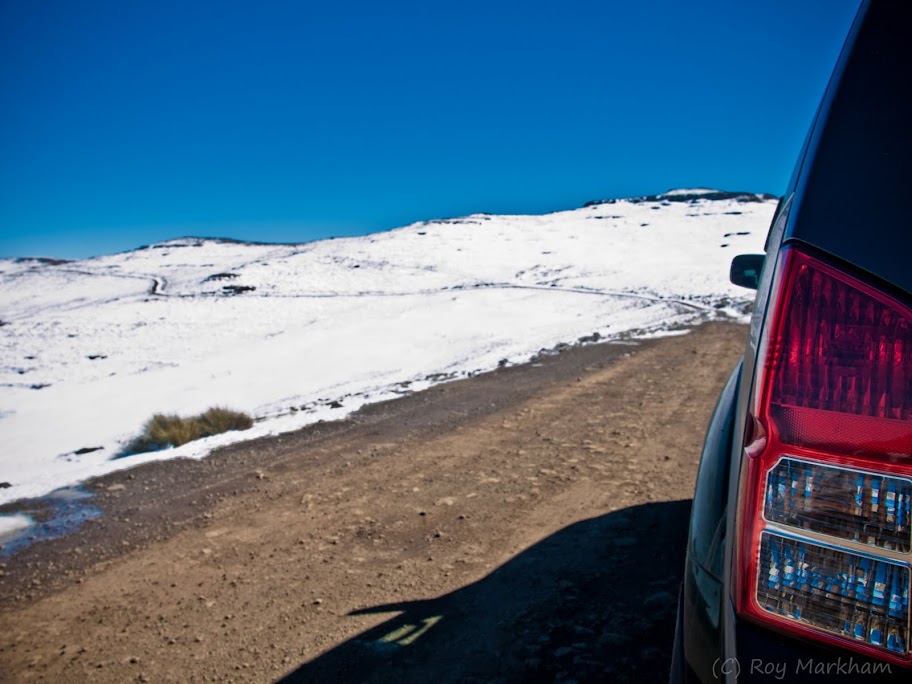 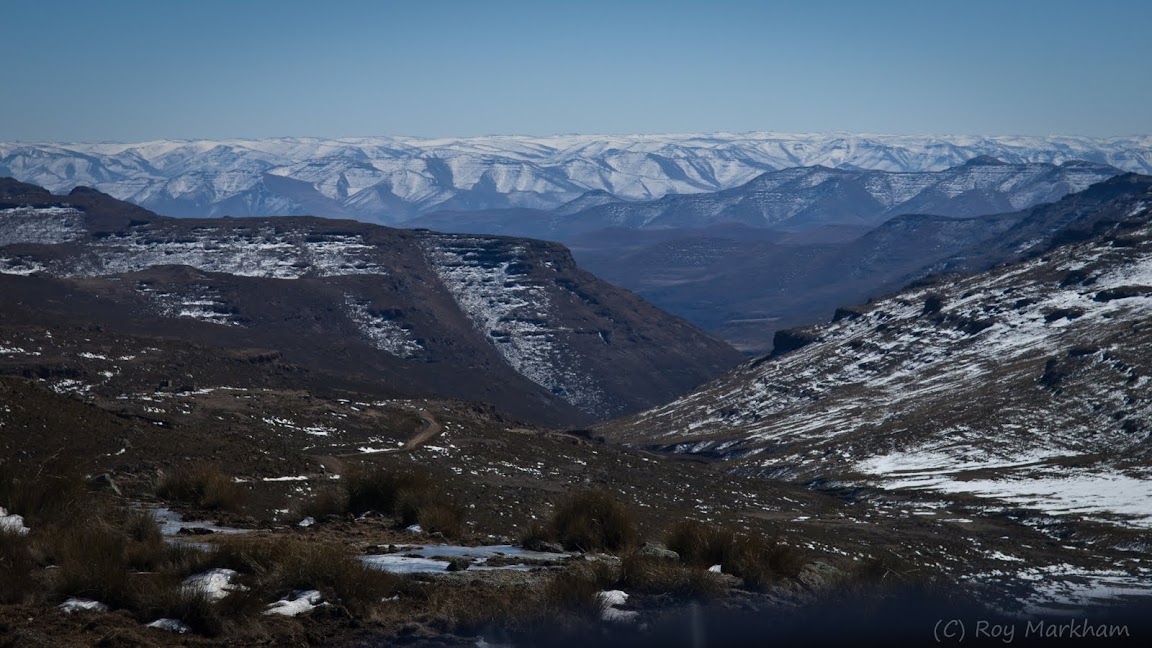 Previous advice I was given http://www.thenissanpath.com/viewtopic. ... ght=#34840 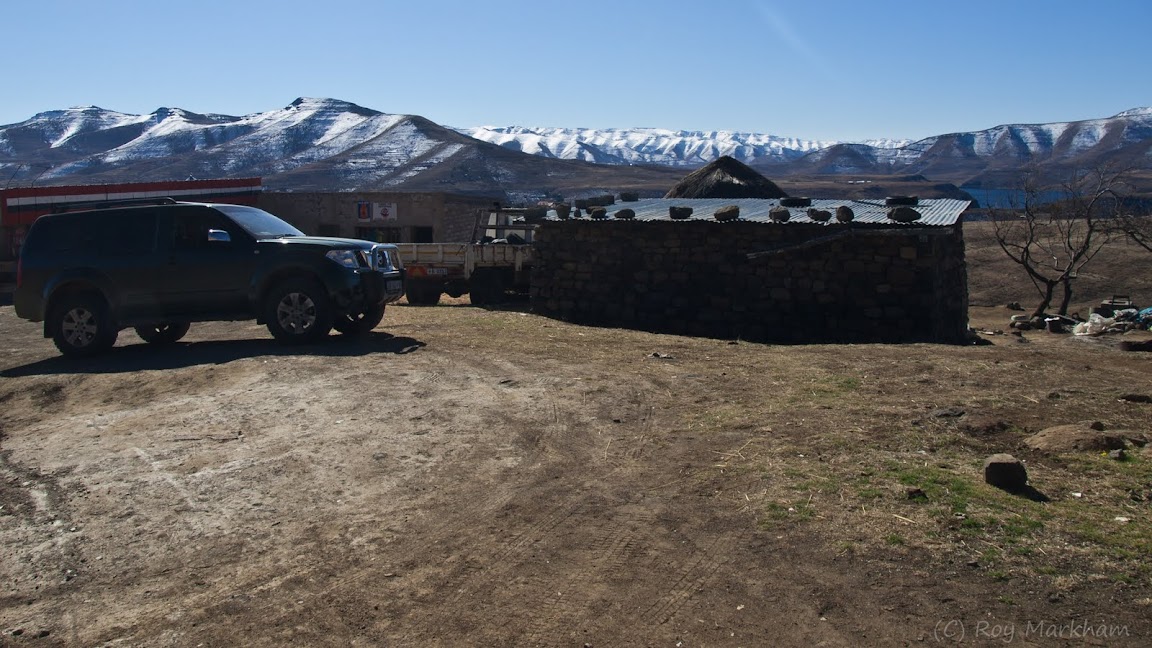 On the day we arrived at Katse Dam, South Africa and Lesotho had completed Stage 3 of the project. High ranking officials were flown in. 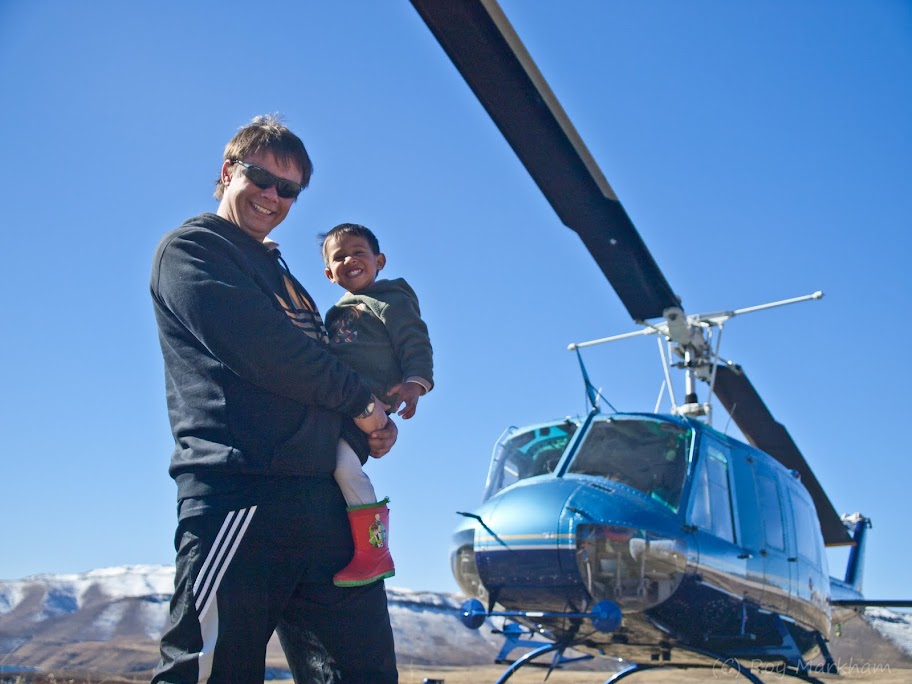 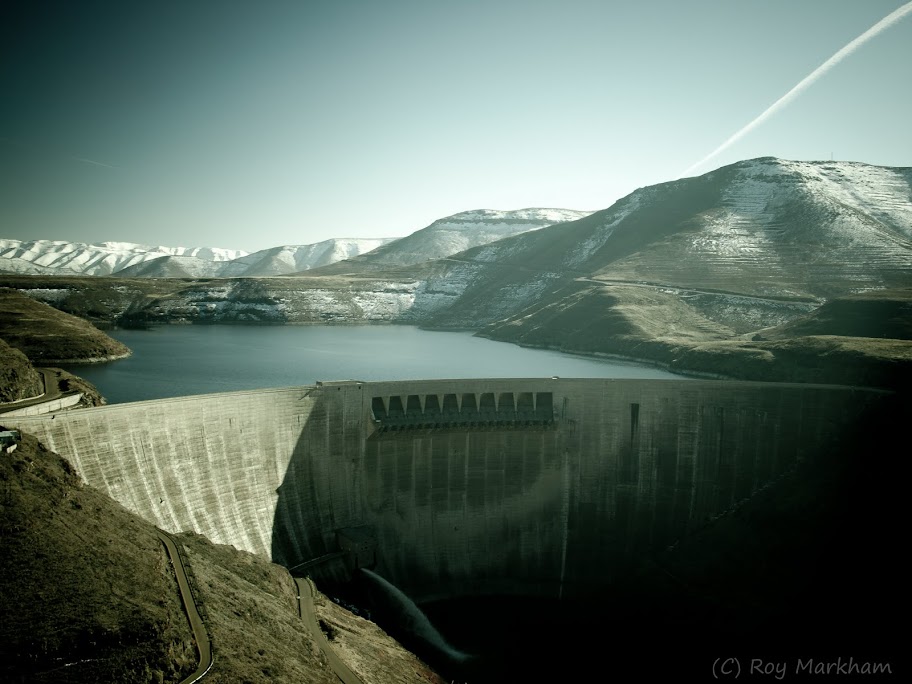 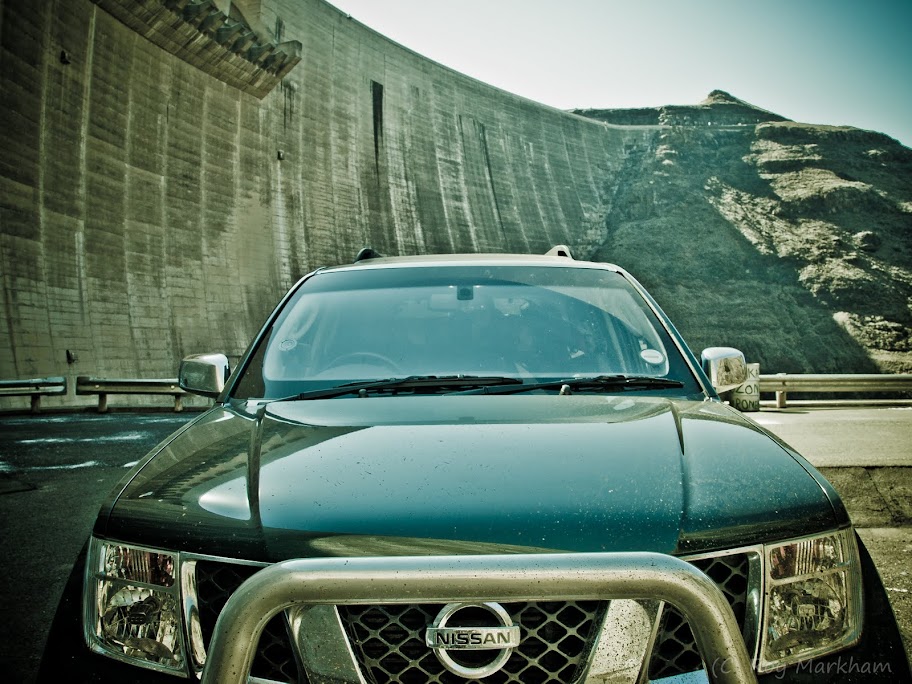 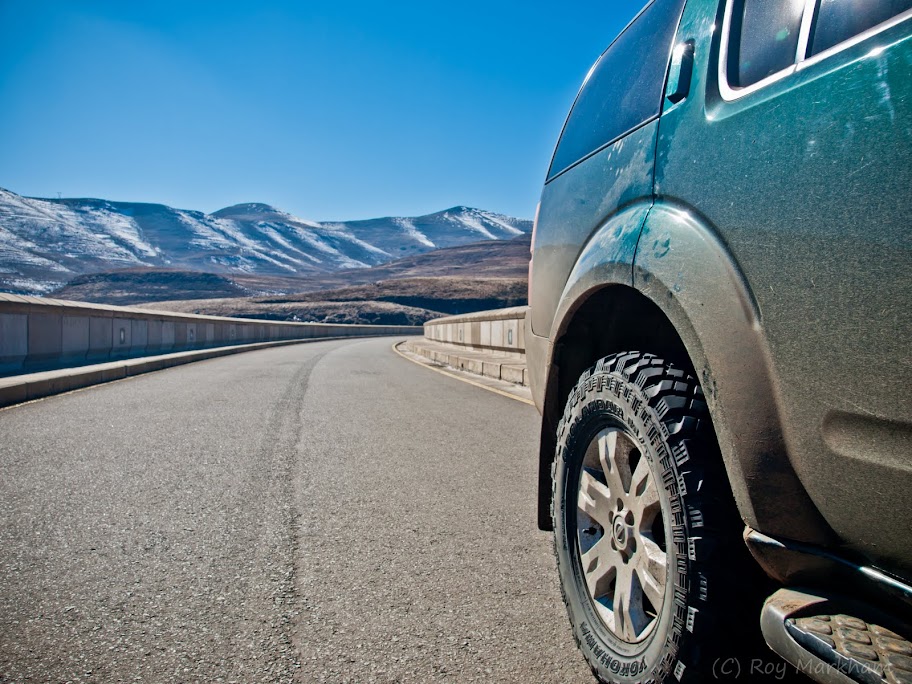 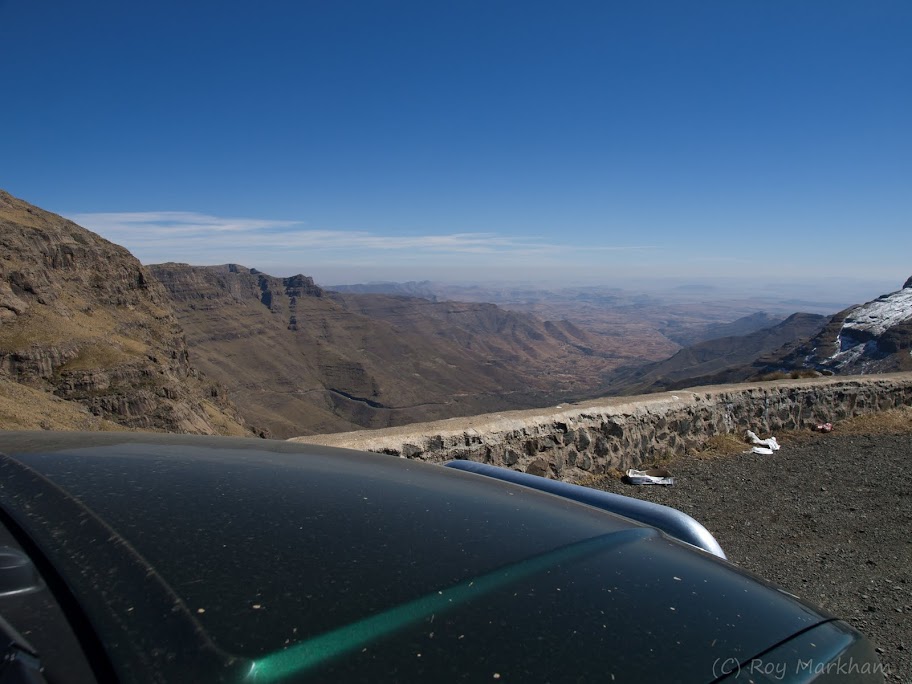 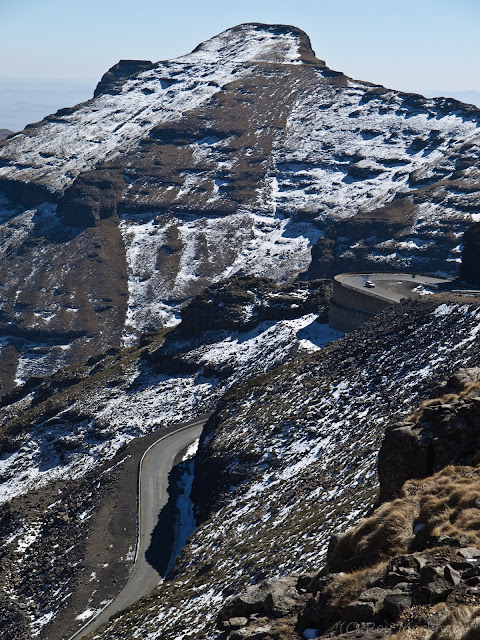 As usual we saw the normal rolled Toyota Hilux, infact two on this trip. We also counted 5 broken down vehicles. All with the SAME problem rear drive shafts. I think due to the ascents and descents people leave their cars in 2WD and hence put too much load on one axle. We drove in lowrange and 4H, to distribute the torque.

Awesome pictures man, and your youtube videos are great too. Very jealous of your manual diesel pathie!

Awesome pictures. That road trip looks like a ton of fun.
Top

Very cool. Added to the list of places I need to see after I win the lottery. Thanks for posting.
Top

Awesome pictures! Thanks for sharing!

Thanks for the comments guys! I'll post my Botswana trips pics soon too. I did Lesotho in August 2011 (End of winter) and Botswana in November - Our Spring / Summer.

I must just rip the pics out of some video footage. Now if only youtube stopped muting my music ;(.
Top
Post Reply
7 posts • Page 1 of 1